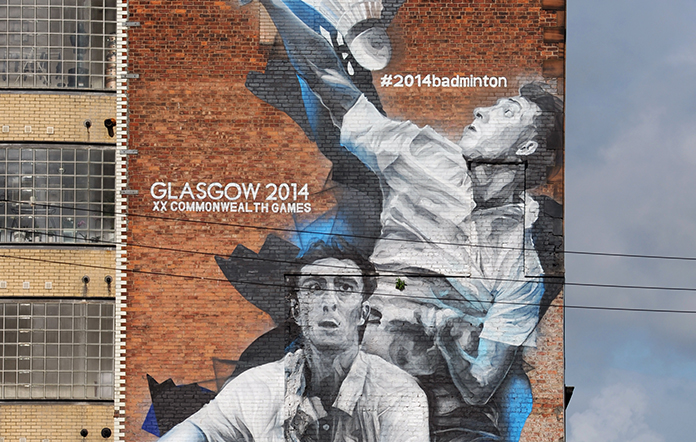 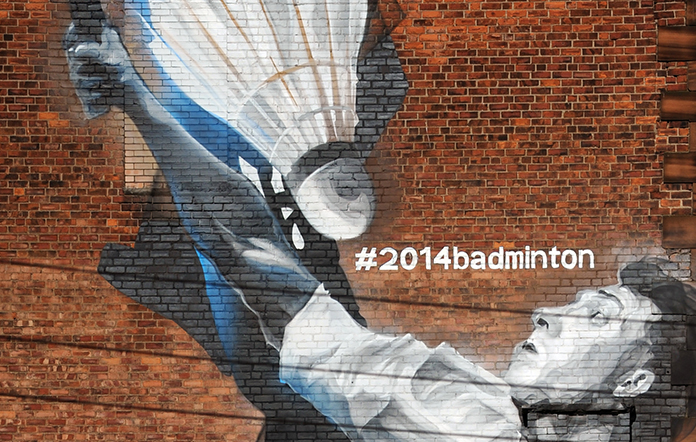 Installed as part of the promotional campaign for 2014 Commonwealth Games, this mural is part of a series depicting various sports. Completed by the same artist, the other murals were installed adjacent to Partick Train Station and represent hockey, netball and rugby. The Badminton mural includes action shots of Scotland player Kieran Merrilees and conveys the speed of the game, as well as the athleticism required to succeed in such a competitive sport.

In the heart of Glasgow’s popular Merchant City where there is plenty to do for all including a huge variety of restaurants and a Craft and Design Fair each Sunday 12-6pm in Merchant Square.