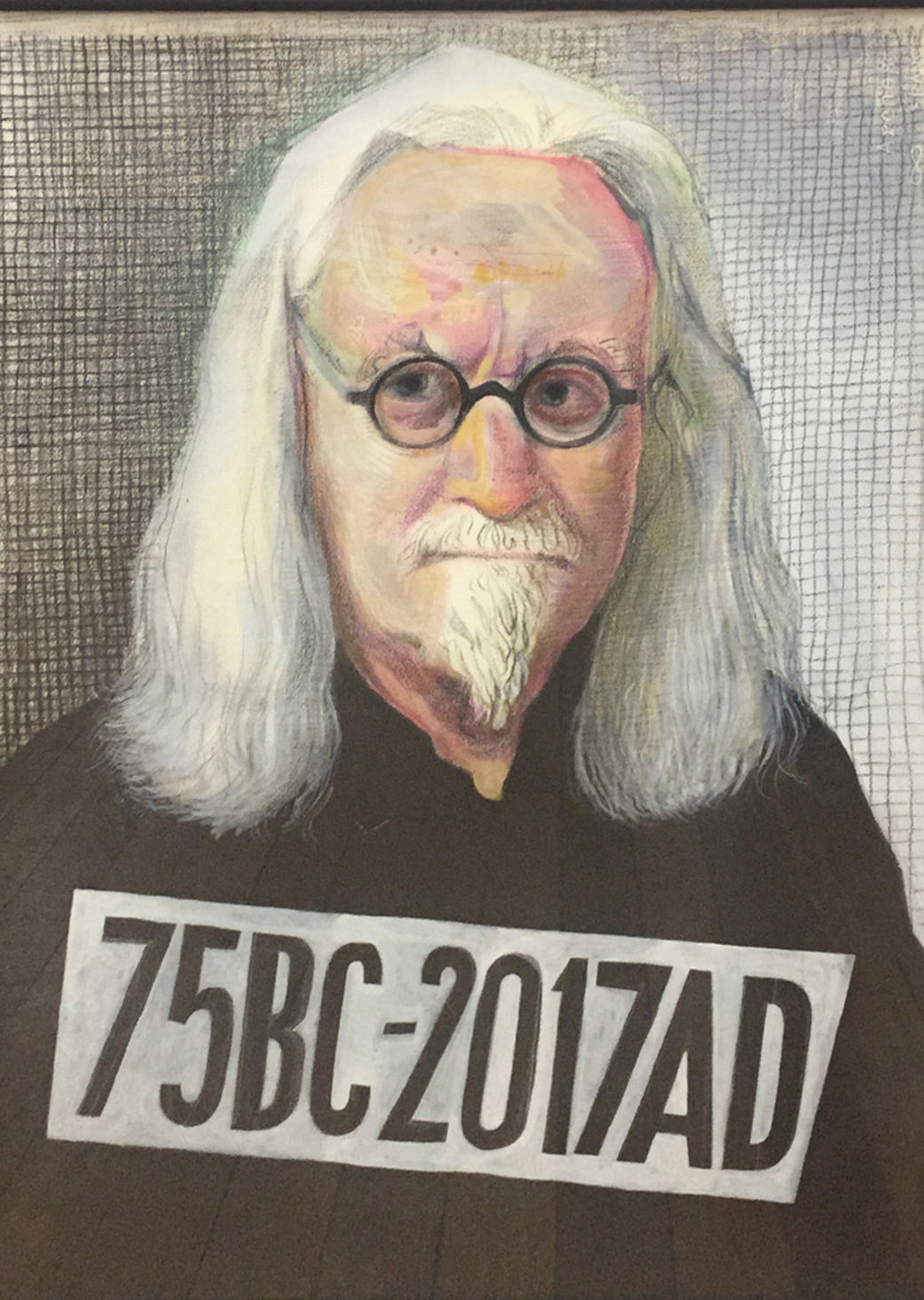 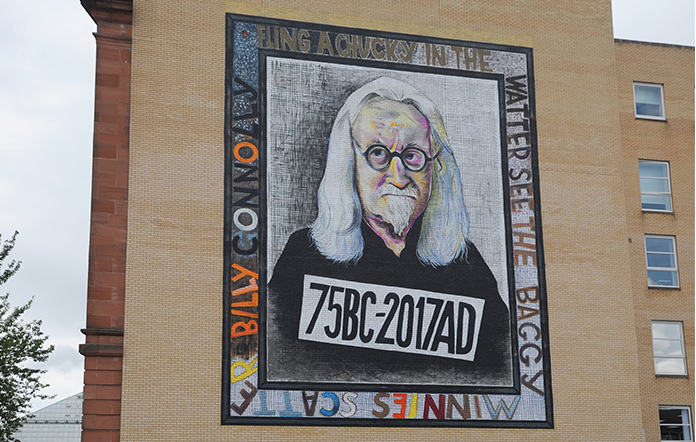 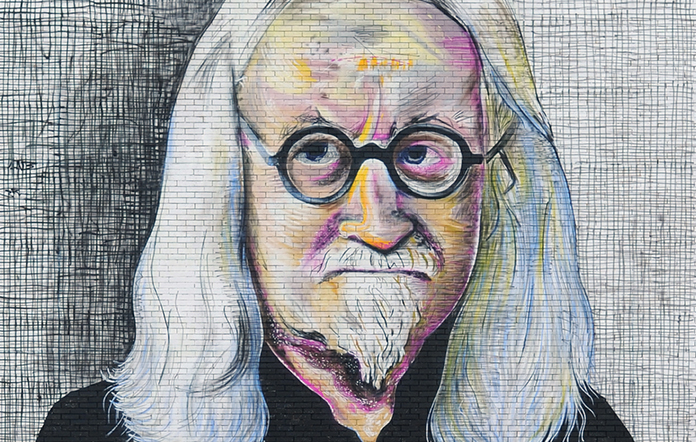 In commemoration of Billy Connolly’s 75th birthday BBC Scotland commissioned three portraits of the comedian by top Scottish artists. In conjunction with Glasgow City Council representations of these original works were then installed around the city centre. Two of these works have been depicted as murals by Rogue One. This particular installation is based on John Byrne’s “Billy Connolly”. All three portraits were showcased, across the country, in a special BBC Scotland programme Billy Connolly: Portrait of a Lifetime and are now on display in the People’s Palace.

To the immediate West is the Style Mile’s St Enoch Centre which welcomes over 19 million
shoppers each year. Just to the East are the independent retailers around Kings Court
and Parnie Street. To the North is the Merchant City area of Glasgow city centre. To the
North-East is High Street and the historical heart of Glasgow. 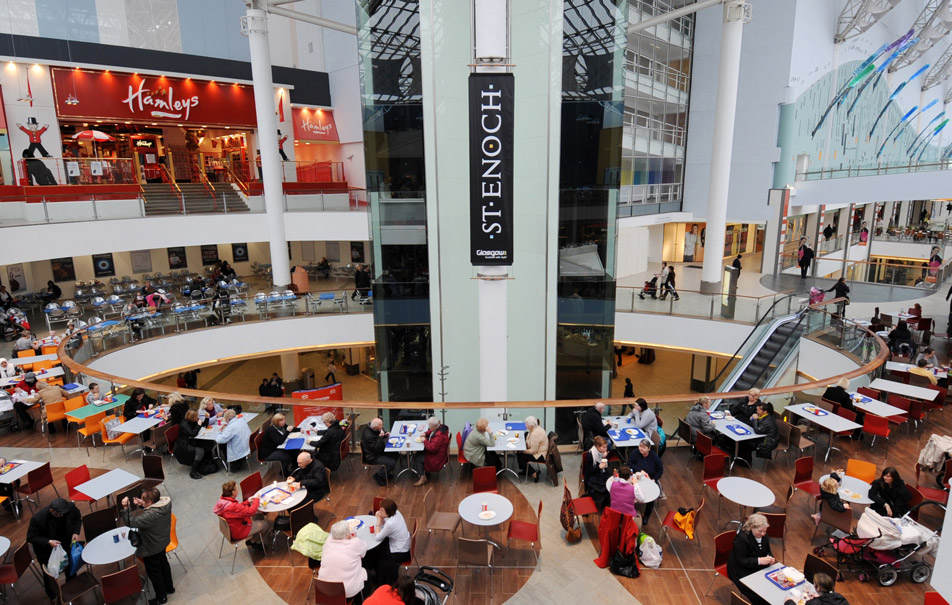 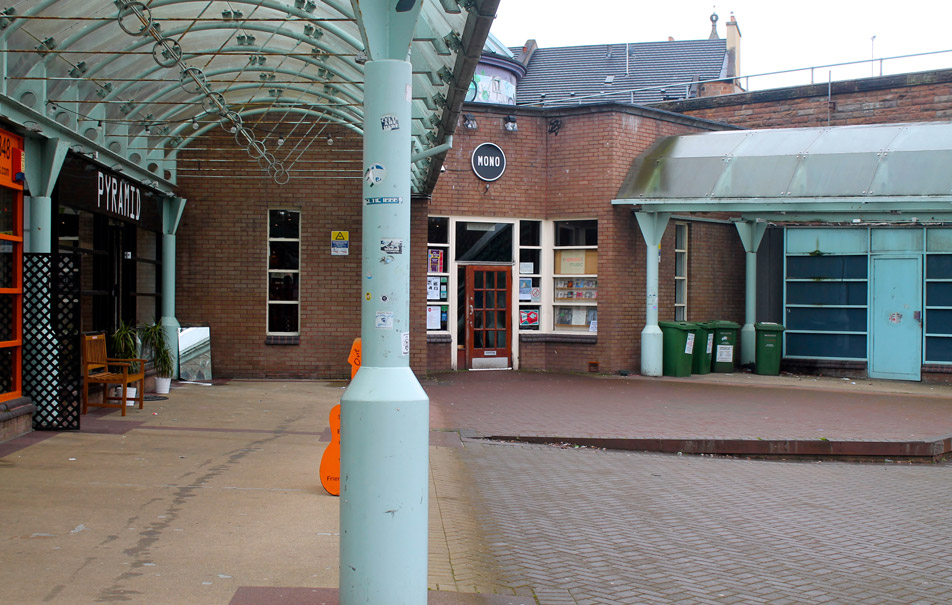