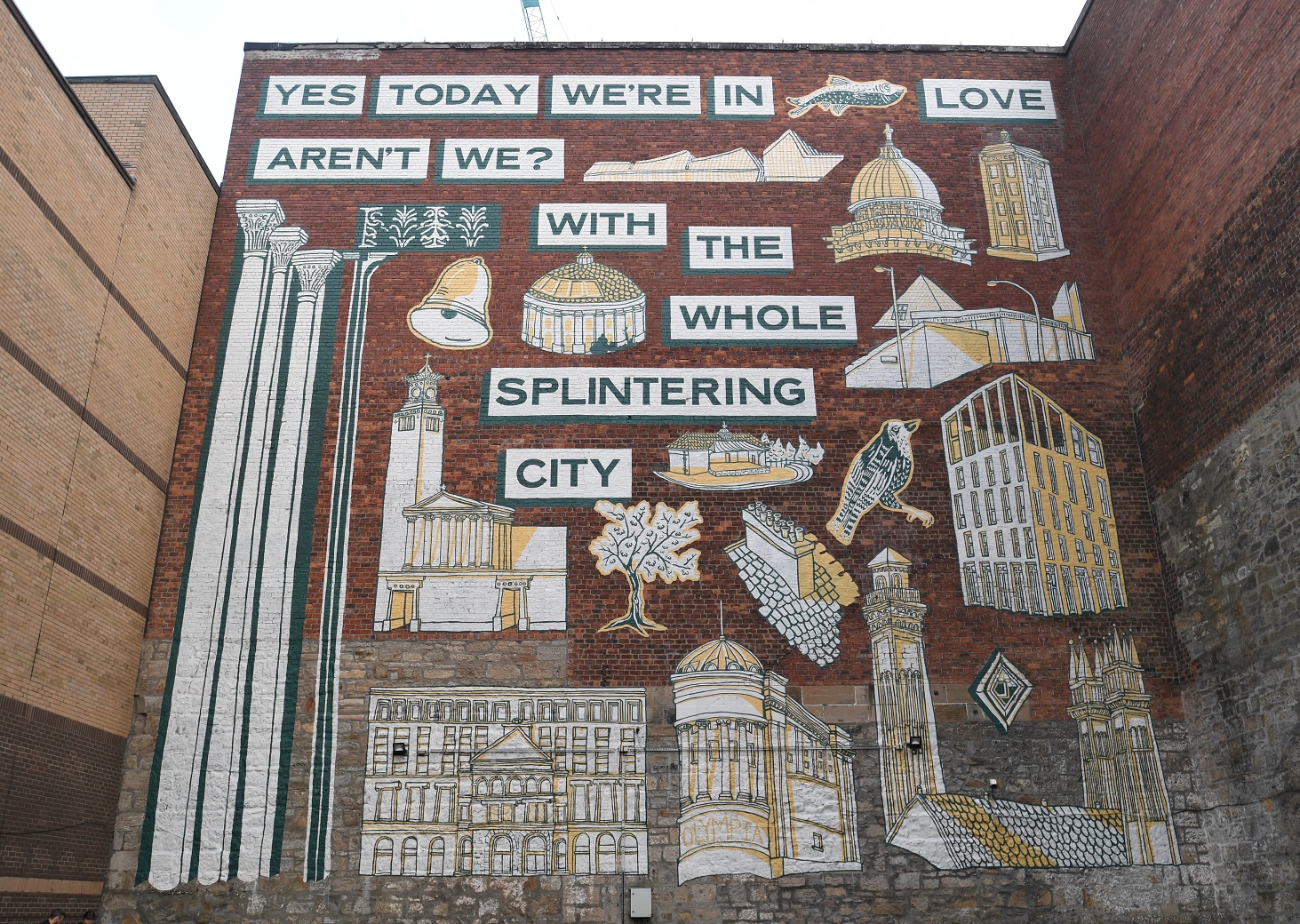 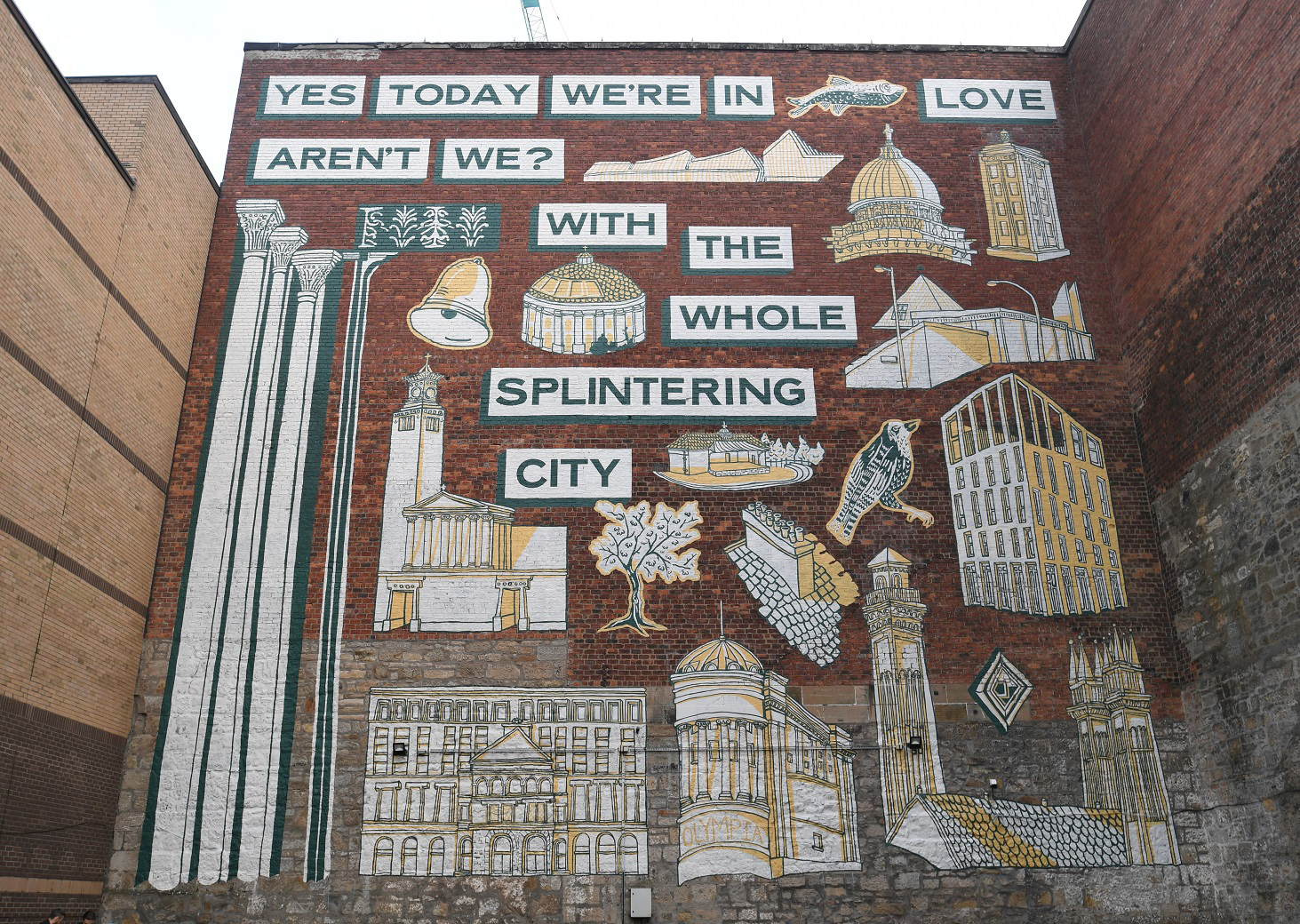 Celebrating 30 years of the Glasgow's Doors Open Days Festival and the 500 or so buildings which have been included within its programme, this mural showcases the diverse range of architecture within the city whilst echoing the line from The Bargain by Glaswegian poet, Liz Lochhead, "Yes today we are in love, with the whole splintering city".

Located within Glasgow's International Financial Services District (IFSD), this mural sits between Argyle Street, the longest street in the city centre which also forms parts of its principal retail area (known as the Style Mile), and the Broomielaw which runs alongside the River Clyde and which was home to Glasgow's first quay.