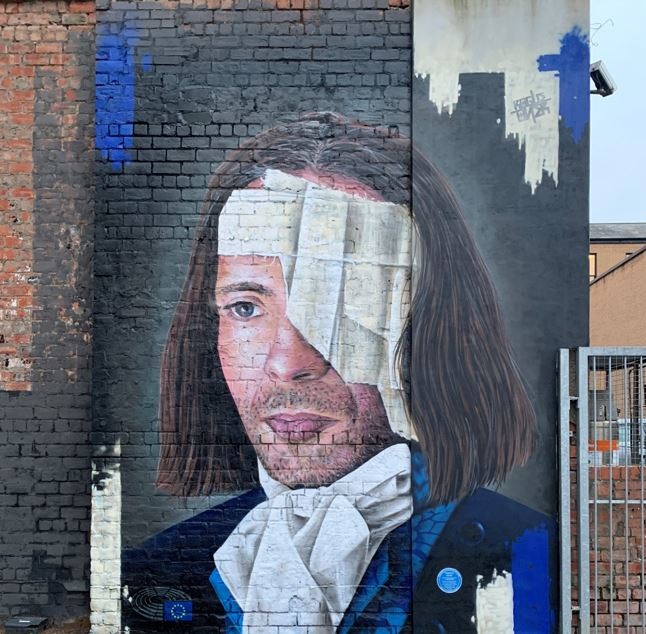 Thomas Muir (1765-1799) was a barrister and a leading voice of reform for Scottish democracy. This modern reimagining of the man by Rogue One and Art Pistol Projects was supported by the European Parliament and is a tribute to the ideals of freedom, democracy and universal suffrage. As Muir himself famously declared:

Close by is The Tron, with its distinctive steeple and clock, one of Scotland's leading mid-scale producing and presenting theatres, set in the heart of Glasgow's Merchant City. Nearby is 103 Trongate which houses galleries, workshops, artist studios and production spaces. Also in the area is Tolbooth Tower Clock; all that remains of the original City Chambers which was destroyed by fire in 1926. The Billy Connolly and Spaceman murals are also close by.