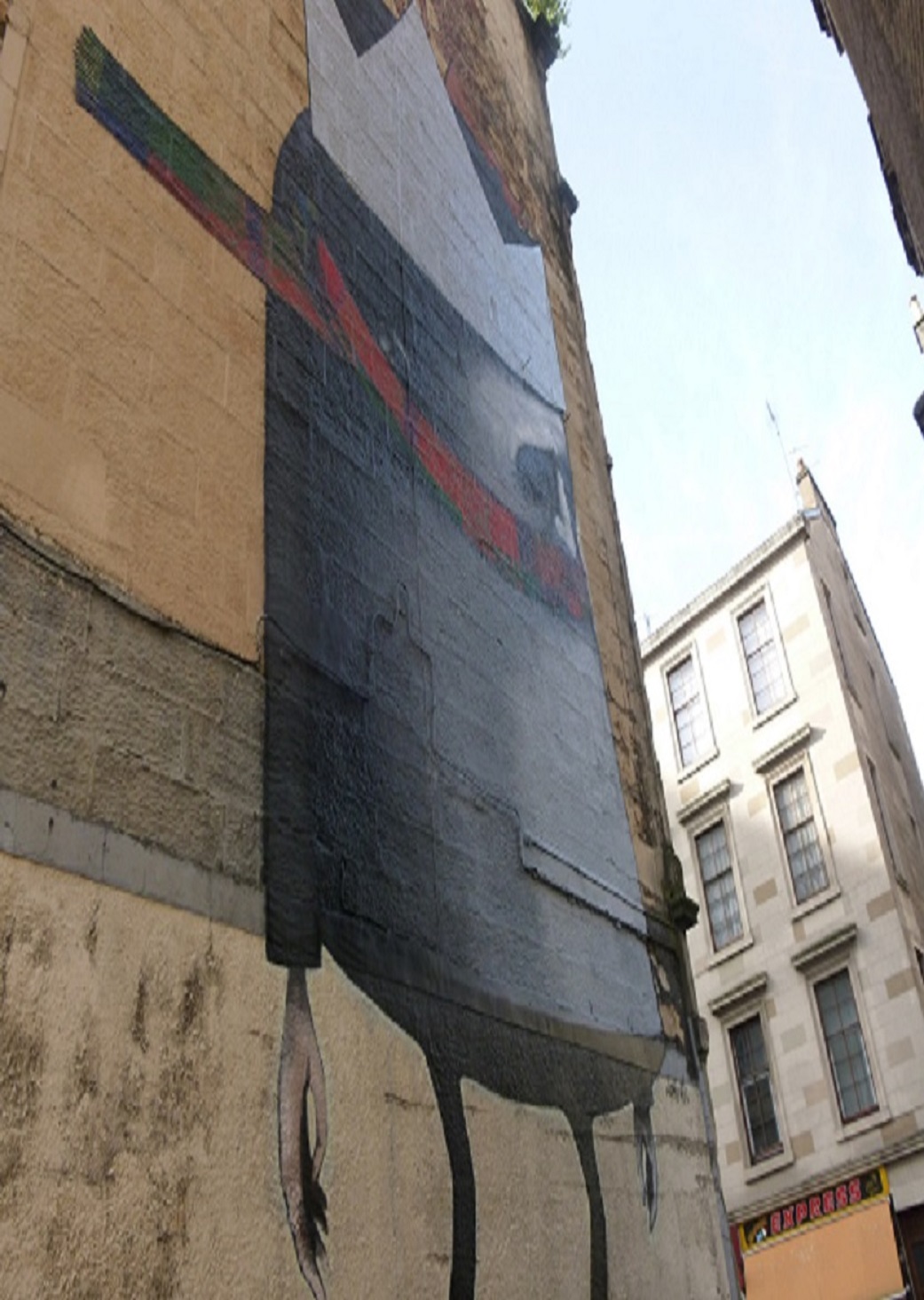 Australian artist Stormie Mills has long been renowned for his distinctive body of work, none more so than his famous "Lost Giant" series which he has installed in various major towns and cities all over the world. Now Glasgow has one of its very own, specially decorated with a scarf made from the Glaswegian tartan. Standing sentinel over the entrance to Sauchiehall Lane, this atmospheric character is already becoming another local landmark.

Directly adjacent is The Griffin, a famous traditional city centre pub over 100 years old. To the immediate north east is Sauchiehall Street, one of Glasgow's most famous thoroughfares, boasting a wide variety of retail, entertainment and cultural destinations. To the immediate south on Bath Street is the King's Theatre which dates back to 1904 and remains one of Scotland's most historic and significant theatres.