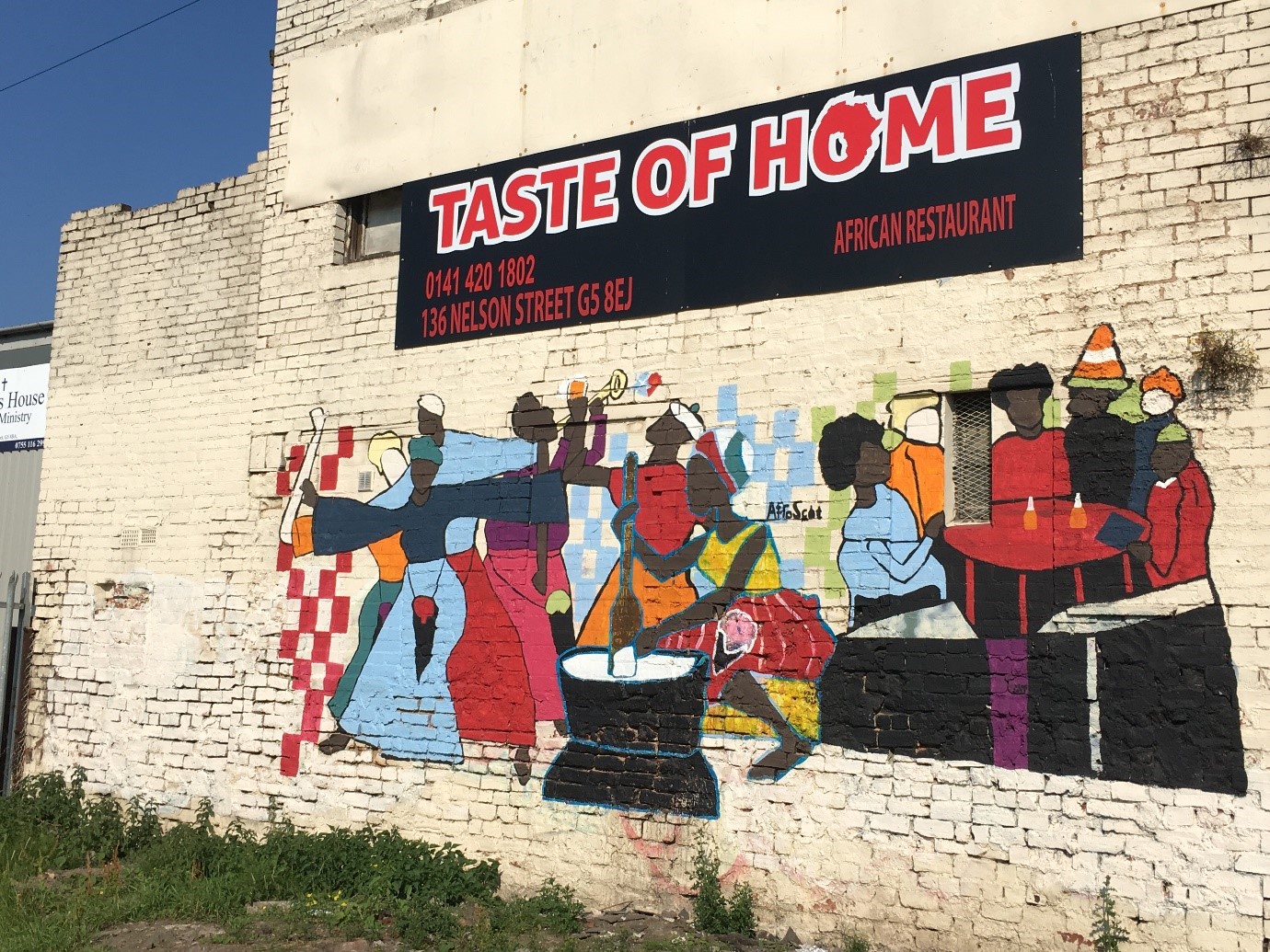 Intended to highlight the growing African community in Glasgow and their experiences of growing up in Scotland, the artist has chosen to depict a group of women cooking. The mural promotes a message of inclusivity and of a city which welcomes diversity in all forms.

Located on the south side of the River Clyde on the edge of the city centre boundary, this mural sits in Tradeston, an area dating back to a feu of 1790 and which became a bustling industrial region. Nearby is the grand Carlton Place, which was built in 1818, and the South Portland Street Suspension Bridge which was completed in 1853.

Despite its industrial heritage, Tradeston offers a range of different restaurants with strong ethnic flavours, and continues to experience ongoing development, such as the new state-of-the-art Barclays campus.