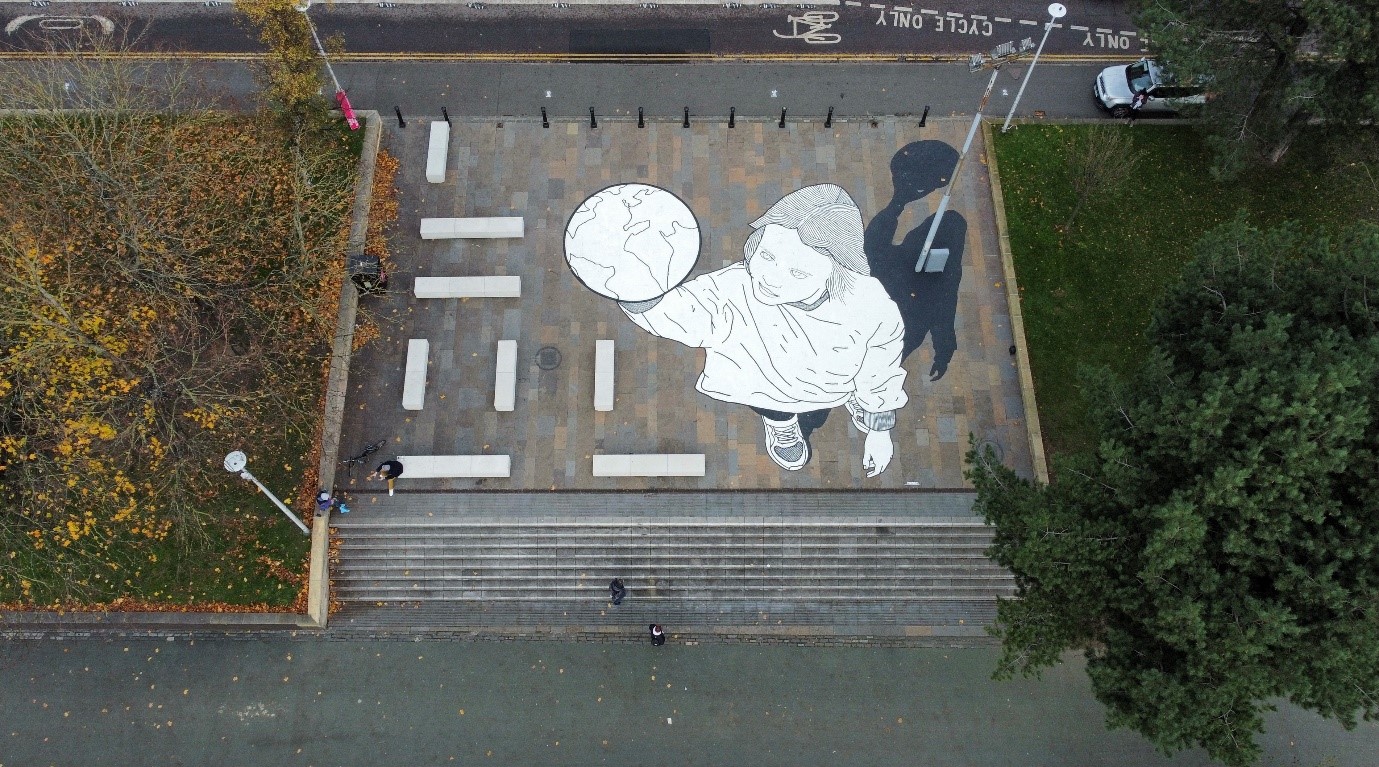 Completed as part of the wider COP26 activities, this is the first (and currently only) surface mural within the City Centre Mural Trail and remains a highly visible reminder of Glasgow’s position as host venue, and of the city’s sustainable aspirations. The design concept was chosen to represent key themes such as inspiration of youth, the vision of future generations for the world, opportunity and hope.

Directly adjacent are St Andrews Cathedral, the mother church of the Roman Catholic Archdiocese of Glasgow dating back to 1814, and the South Portland Street Suspension Street which was built in 1853.

Just along the road is the Clutha and Victoria bar, as well as the Briggait; a Victorian fish-market since converted into an artists’ studio and event space. To the north-east are the independent retailers of Kings Court and Parnie Street.

To the east is Glasgow Green, the oldest of the city's parks having been established by Royal Grant in the 15th century.